Skip To:
Our Routes

Find out more about the routes we sail too, and start planning your next adventure today!

Ready to embark on an exciting voyage? Travel back in time and discover the fascinating history of P&O Ferries.


The company that would become P&O was founded 180 years ago, back on 22 August 1837. From those humble beginnings, we've endured and expanded to become the UK's favourite ferry company today, with a fleet of more than 16 ships to our name. 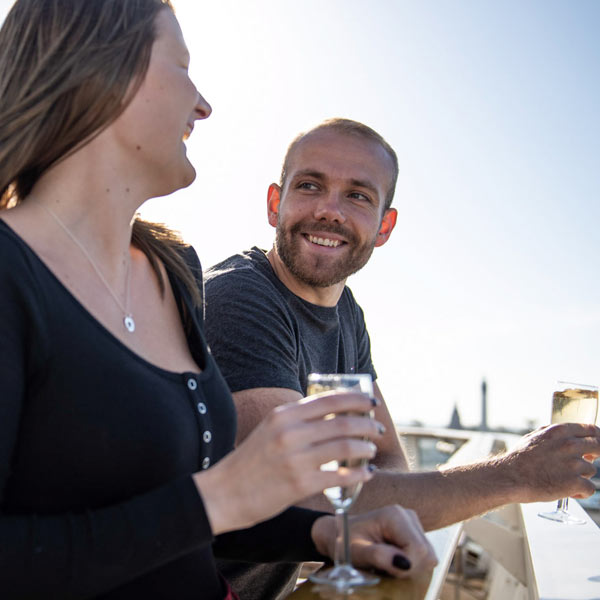 The History of P&O Ferries

Did you know P&O has played a vital role in maritime history? Our ships have sailed the seas from the dawn of the Industrial Revolution, through two World Wars and all the way to present day. From spearheading innovation during the days of the British Empire to embracing change in modern times, we've retained the values that made us so successful in the first place.


Today, we carry more than 10 million passengers and 2 million units of freight every year. Our vessels operate major routes between Britain, France, Northern Ireland, the Republic of Ireland, Holland and Belgium.


Discover more about our heritage here

1837:
Full steam ahead! On 22 August 1837, our founders began revolutionising commerce and communication by sea after signing a government contract to ferry post between the Iberian Peninsula and London post by steamer.


1852:
Spurred on by the Australian Gold Rush, P&O sent its first steamer into the New World. She was the first ship to arrive from England, and the voyage took just 84 days via the Cape.


1899:
An increasingly important nautical prospect, P&O carried 150,000 troops on eight ships during the Boer War which began in 1899. After the war, the passage time to India was reduced to just two weeks.


1904:
P&O entered the business of 'pleasure cruises' for the first time. The health benefits of sea travel and the notion of voyaging for pleasure became the height of fashion.


1910:
After King George V acceded to the throne, the decade was dominated by war with Germany. Within weeks of the declaration, over half of P&O's fleet had been requisitioned.


1924:
By the mid-1920s, P&O had become the largest shipping company in the world. During this decade of innovation, P&O turned turbo-electric, give much more economical results.


1937:
Britain had a new monarch, King George VI, and the celebrations coincided with the Company's own moment in history. P&O had been in business for a century but Britain would soon be at war again.


1950s:
Devastated by the requisition of all passenger ships during World War II, the 1950s sees the introduction of a newly-designed fleet. The focus is put on larger, faster and fewer ships.


1965:
Short Sea routes are introduced with the roll-on/roll-off service from Hull to Rotterdam, a route that continues to this today.


2017:
P&O celebrates 180 years since its foundation in 1837. It was a remarkable milestone and testament to the part P&O continues to play both on and off the sea.

View our Frequently Asked Questions before travelling with P&O Ferries.